I love being middle aged. Don’t get me wrong. I don’t love the mousy gray hair which loiters at my temples, even though Miss Clairol and I kick it out every ten weeks. I don’t love my matching set of grandma hands – why oh why didn’t I soak my hands in Ivory dish detergent when I had the chance? I don’t love my uneven complexion nor my dry skin. And let me tell you, laugh lines aren’t funny. Neither are frown lines but at least they’re honest about it.

My hormones are deadbeats. They take off without notice and never say when they’re coming back. They leave me cold and businesslike.

With every passing day, I observe myself going further into that plain place between youth and old age where people say, “You look good” and it’s not quite the same as saying that I’m good looking.

Then again, some of the things I’ve lost in middle age are things I’m glad to see the last of – like trying to please everybody, or caring what people think.

Then there’s rash judgment. By now I’ve seen myself fall again and again and seen a hundred situations that appear one way and are, in fact, another. How about, “I didn’t get the life I signed up for?” Now I realize no one did. A couple of years ago, I had a revelation – everybody could be bitter. Everybody’s got something that somebody did against them. It’s a freeing thought when you realize you weren’t singled out.

Of course, there are a few things middle age makes us worry about – like being alive.

Middle age is still considered “young,” meaning too young to die. So people say. But it’s also when we start getting screenings for things that kill people our age. We don’t take risks anymore either. Whatever we survived when we were twenty-one – be it a Twinkie binge or a beer binge or a Twinkie and beer binge, we wouldn’t dream of assaulting our systems with it now. And while we’re on the subject of prevention – anybody put off exercise until they absolutely had to do it? To think, we could’ve felt this good years ago!

There is one thing we stop worrying about – pregnancy (though with deadbeat hormones, you never know). People think Catholics don’t worry about getting pregnant. That is why they say helpful things to us like, “Are you crazy?” But – and we would rather not tell them this – we do worry about it. You see, due to lots of experience, we know what it takes (waistline, bones, teeth, hair, skin, circulation, brain cells… pregnancy takes them all).

I have had ten pregnancies spanning my twenties to my forties – an era of my life. It was daunting and awe inspiring; but most of all, it was temporary. I feel like I should have appreciated it more – the grand capacity to bring life into the world – and worried about it less. I personally find it funny now that the world dogmatically insists it be convenient. Pregnancy is, by its very nature, inconvenient. It’s only now, that I’m middle-aged, that I can say, “So what?” Whatever I was doing when the kids came along and interrupted it means nothing to me now. My children mean everything.

Middle age is a crossroads. It is the time God usually picks to start weaning us off the things that would keep us trapped in this world.

Today it’s our looks. Tomorrow it could be our health or our minds. Eventually, it’s going to be our lives. How do we take that? Do we grasp after youth and fight aging with everything we’ve got? Or do we accept our losses and start letting go gracefully? We’d all like to die like saints with no regrets, detached from the things of this world. Middle age is the practice run. It’s a reminder that this pretending to be immortal thing we’ve been doing since we were ten, is as much a fantasy as the make believe games we played back then.

When God takes things away like this, people call Him cruel. But that’s not so. He’s not robbing us. He’s swapping. While He takes with one hand, He reaches out the other – and it’s full of upgrades. He takes our mirror image and swaps it for self knowledge. He takes our victimhood, so He can give us gratitude. So don’t look back with regret at the end of youth. Look forward. God is getting us ready for better things. Ultimately, what He wants is to take our earthly lives and give us His eternal life.

This article originally appeared in Catholic Digest with the title, Middle Aging Gracefully.

Have more fun with An Unpopular Mercy from the archives of Faith and Family, the Magazine of Catholic Living. 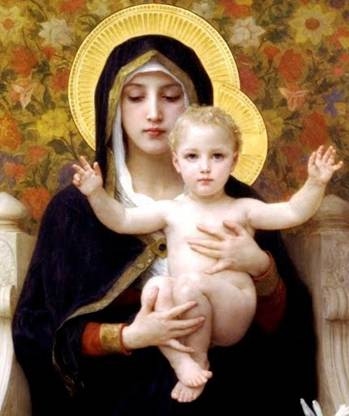