“Was it your child we could hear ALL during Mass?” the lady demanded to know.  She took me by surprise. Who was this person? I’d never seen her before at the Latin Mass.

I blinked a few times to adjust to this rare greeting. Then it became clear: she was talking about two-year-old Joe. It had not been one of his good Mass days. He was cranky, tired, and emotionally sky diving from sugar. (All right, WHO gave him Cheerios for breakfast?) We had spent the majority of Mass in the vestible, preventing him from recreating the deluge with the holy water spicket. At least his cries were muffled behind the wooden doors.

By Communion time he had calmed down enough to re-enter the gates of Paradise. So my husband brought him back into church, and after receiving, knelt behind the last pew. Perhaps Greg was deep in meditation because sometime during the Last Gospel, Joe broke free and ran up the side aisle. I looked pleadingly at my daughter, standing at the end of the pew. She stayed put. To chase him would mean he’d do like a puppy and try to outrun her – around and around the church. Game time! Instead she allowed him run back to her, swooped him up and held on tight. A fleeting victory – he soon started screaming.

No, it had not been one of his good days. I am not sure what more we could have done about it – short of reaching down his throat to the shut-off valve.

Yes, it probably was our child the stranger could hear, all during Mass. Then again, there were seven babies and toddlers sitting in the back pews that day, all male. (After six girls, I have discovered that this makes a difference. You people with sons, quit snickering.)

Granted, most of these boys were behaving better than my kid. However, even a well-behaved baby fusses from hunger. Even well-behaved toddlers sometimes bang their wee foreheads on the clippy hat-holder thing. Even well-behaved boys have to be reminded not to thump the pew. The atmosphere back there was about as meditative as Chuck E Cheese. Yet all of the parents were conscientious. When the noise level would get too high, they would take the kids out. With so many families jammed back there, this meant that the vesibule doors were continuously being opened and closed – bang, thump, bang! All this and more at the Trad Mass, famous for its deep, quiet, reverence in which you can hear a pin drop… or a plastic bowl of Kix cereal burst open and go tinkly-tink all over the floor.

The Ukrainian Divine Liturgy (which we also attend), with its constant chanting, is far more forgiving. So is its congregation. There are not very many children in such parishes so they are more greatly prized.     Many Ukrainian young people have “defected” to the Western Rite. Others come to Liturgy only on Christmas and Easter. Our parishioners have let us know how much they appreciate having children in our parish. They are the future, in fact the only the hope for its continuation.

Meanwhile, the local Latin Mass is teeming with children. I call this cause for great hope of its continuance. So what’s the problem?

Ask a Mass cop. Mass cops make it their business to issue “fraternal correction” citations so that there will be nothing inappropriate at “my Mass.” The most recent Mass-cop activity had taken place at the same parish just weeks earlier. The criminal was a young mother, with just three weeks to go before the birth of her second child. She was single-handedly trying to control her toddler – who wasn’t feeling well that day. She tried to keep him occupied with soft Nativity figurines. After Mass she was told bluntly, “You need to control your child.” P.S. Don’t bring toys to Mass. The twenty-something took it meekly, then went out to the parking lot and dissolved into a puddle of tears.

When I tried to tell my Mass cop that there were several children in the back pews, moreover that Joe had not even been in church the majority of the time, she ignored it. Her next remark was prefaced with, “Now please don’t take offense.” So I answered, “Okay, please don’t give offense.” After that my husband intervened. He asked her to wait outside until he was done praying because she was disturbing his prayers. At that she left but not without first pronouncing judgment: “Now I know why your child behaves the way he does.” To which I countered, “Like a two-year-old?” (I’ve written down the whole conversation not because I take pleasure in reliving the grisly scene. Rather so that I don’t gloss over our part in it.)

We were definitely resisting arrest. My thought on that is: It’s a tough job but somebody’s gotta do it.

There seems to be a lot of Mass cop activity particularly at Latin Masses and I for one, am resisting it. Citations are not limited to crying kids. Chief offenders are women wearing slacks, women not wearing head coverings, and mothers nursing infants.

Frailty, thy name is woman!

Ahem, can you imagine confronting a six-foot four male and telling him to keep his kid quiet? Go ahead. Make my day.

Some of these incidents are laughable. “Excuse me Ma’am, but your head is rather large and it’s blocking my view of the altar. Could you wear a head covering?” Others are a bit disturbing. A woman walks into Mass in slacks, no head covering. Male Mass cop goes into closet, returns with skirt and head covering. Woman puts on BOTH right there in church. What a way to cut down on distractions at Mass!

What is it about the traditional Latin Mass that inspires the faithful to be such butt-in-skis? I suspect it has little to do with giving glory to God and a lot to do with making the self comfy. “Isn’t it bad enough that I have to live in this hedonistic culture six days a week? I am owed a quiet, reverent Mass experience and you are ruining it.” C.S. Lewis treats this one beautifully in his Screwtape Letters. Senior Devil Screwtape advises that as long as “the patient” goes to church, Junior Tempter Wormwood should make the best of it:

When he gets to his pew and looks round him he sees just that selection of his neighbours whom he has hitherto avoided. You want to lean pretty heavily on those neighbours. Make his mind flit to and fro between an expression like “the body of Christ” and the actual faces in the next pew. It matters very little, of course, what kind of people that next pew really contains. You may know one of them to be a great warrior on the Enemy’s side. No matter. Your patient, thanks to Our Father below, is a fool.

Screwtape then goes on to talk about those wonderfully irritating people who sing out of tune. That, I must confess, is my temptation. How I would love to play Mass cop myself and bind and gag the people who sing with the choir. “Sir/Madam, where were you on the night of the third, the tenth and the seventeenth? Home? Well, the choir was at rehearsal!”

“Oh but Officer, I sing quietly. No one else can hear me.”

“That’s what you think but are you aware that you are tone deaf? A ‘mooooo’ sound was distinctly heard coming from your pew. Now if you’ll come quietly, it will go better for you.”

But alas, I have to put up with this at my Mass. What’s more, God may actually like these people better than me. They may be praying fervently and staving off my well-deserved doom with their simple mooing. Just as that expectant mother tending that whining baby may be more pleasing to Him with her distracting ways than the tongue-clicking sufferer of those distractions.

I can just hear some people now, “But those children are disrupting my Mass!”

Well it’s not my Mass and it’s not your Mass. It’s Christ’s Mass and He said, “Suffer the little children to come unto Me and forbid them not: for of such is the Kingdom of God” (Mark 10: 14).

Make no mistake, Jesus said those words while the little waifs were being annoying. The disciples wanted them to pipe down or go home. Notice they didn’t offer to get lost themselves, even though Jesus was tired. They were planning on sticking around. This was their face-time with Jesus and they wanted it their way. “My Mass.”

Instead Jesus told them to offer it up. “Suffer” the children.

Notice there isn’t any record of the disciples volunteering to help out with the kids either. “Jesus, you’re tried. Tell you what. We’ll take the kids and teach them everything you told us about the Father. You go grab a power nap.”

Perhaps it might be nice if some suffering churchgoers would offer a helping hand to these overwhelmed young families. (And I don’t mean directing them to that Cherrio-ridden Purgatory called the cry room.) There are a few dear souls who love to hold babies at our Ukrainian parish. I have also noticed one lady at the Latin Mass who always goes to the back of the church to help a young mom with an infant and a toddler at Communion time. These exemplary souls are clearly not members of the Church of the Contraception.

Contraception means taking God’s plan of fruitfulness and replacing it with our own plan. Could this be a metaphor for how we pray at Mass as well? Could God’s plan be that sometimes we are actually irritated during Mass and it’s for our own good? Maybe it’s time we dropped the phrase “my Mass” and remembered the words of Our Lord, “Suffer.” 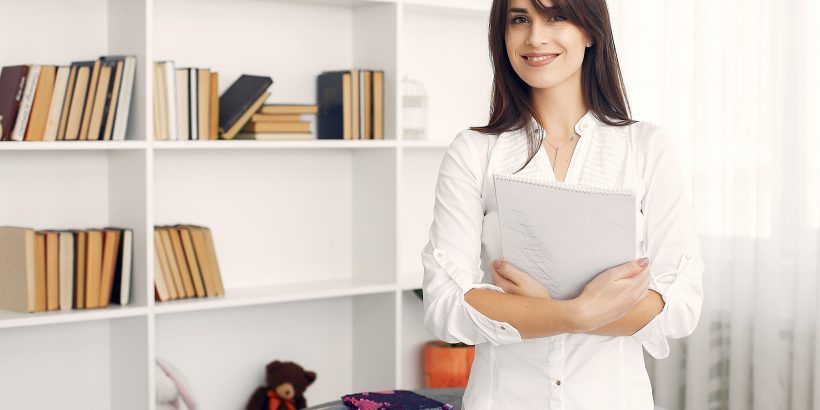 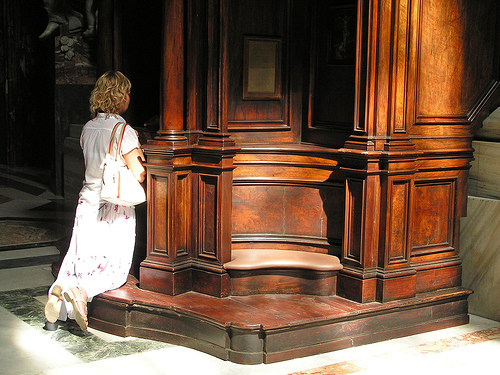 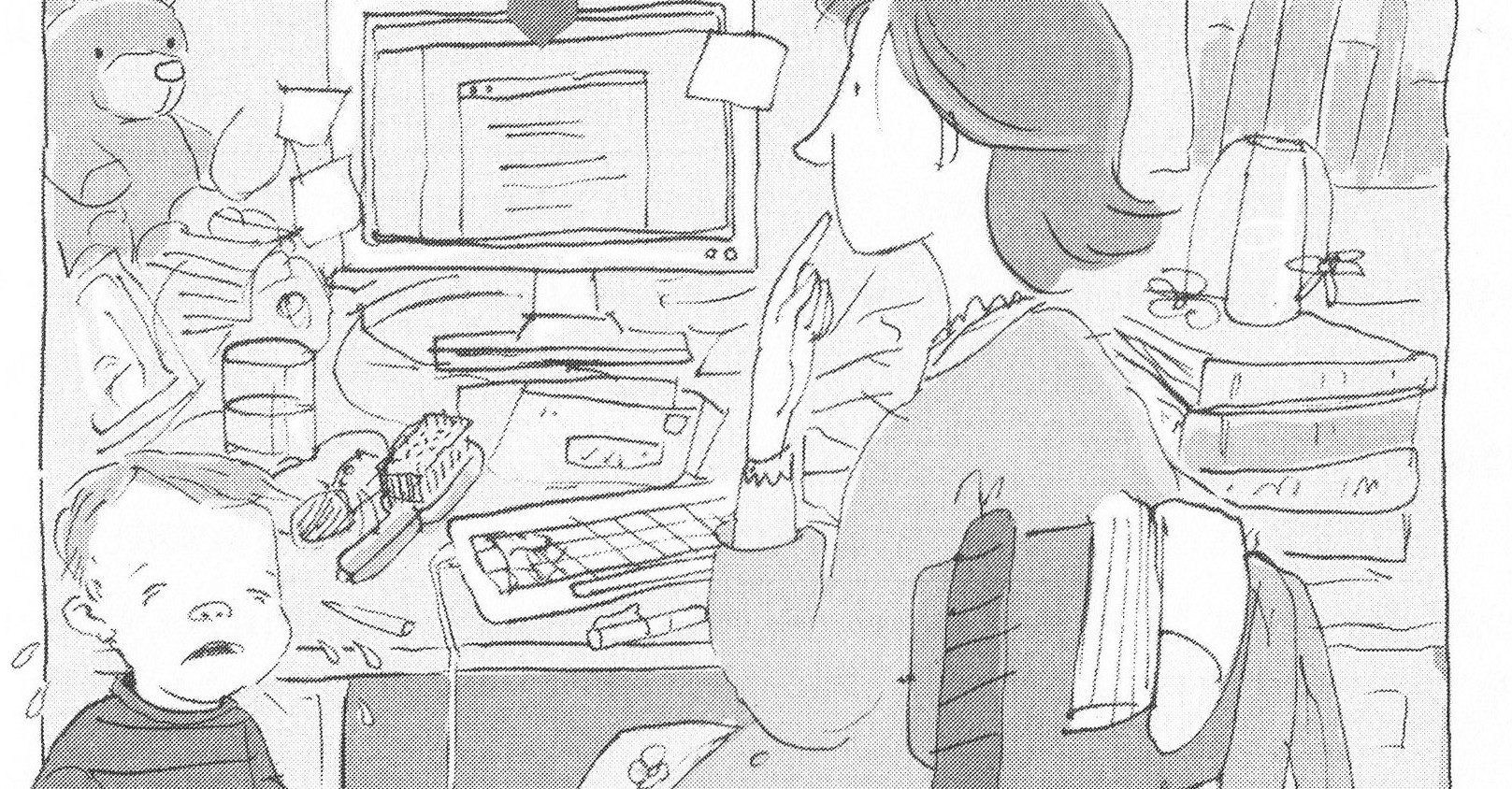