By the time Mother Marianne Cope arrived in 1888, the leper colony on the Hawaiian island of Molokai was famous. Or perhaps infamous is more like it. Father Damien de Veuster, the priest whose courageous faith and back breaking work brought international attention and relief to his lepers, was dying.

The arrival of Mother Marianne and her Franciscans marked the completion of Father Damien’s life’s work.

Sixteen years earlier, upon his arrival on the Hawaiian peninsula, Father Damien had found desolation all around. Leprosy, the most feared disease in all of history had come to the islands courtesy of Europe. By the 1870’s the disease that rotted the flesh both inside and out was epidemic. Those found with it were torn from their families, unloaded like cargo, and abandoned. Surrounded by the Pacific on three sides and cut off by land by steep, jagged cliffs, Molokai made the perfect prison. There, lawlessness reigned. Even soldiers didn’t dare to go where lepers were known to rush an armed man with their open wounds. There had been nothing to stop drunkenness, prostitution, and the ruthless plunder of the dying. There was no hope, only death.

Now the man who had changed all that was finally receiving the answer to his prayers. Gentle sisters to mother the orphans, teach the children, and tend the sick! Five months after their arrival, the leper priest closed his eyes in peace.

Who was this lady of refinement, so different from the Belgian farmer turned priest, who dared waste herself in that forsaken place?

Barbara Kopp (later, Cope) was born in Germany to devout parents in 1838. When she was two, the family immigrated to Utica, New York, and took a house on Schuyler Street near the factory where her father found work. Later Barbara too worked in a factory – 12 hours a day, then she would go home to take her late mother’s place to her six siblings.

It seems she was born for the life of a Franciscan.

It didn’t take long for her religious superiors to notice what a talented and dedicated young woman they had. They set her to teaching almost right away. While still young she was made superior of a convent. Then, at the age of 35, she became provincial superior for her community. If she had been at all concerned with a worldly legacy, her next stint as supervisor of St. Joseph’s Hospital in Syracuse might well have made her think she’d “arrived.” She not only paid off its debts, but oversaw its expansion. It was a worthy project to put one’s heart and soul into – every sick person was welcome no matter what race, creed, or ethnic background.

That was only training for Molokai.

At the request of a missionary priest, Mother Marianne left for Honolulu with six others of her community. He had not dared mention the lepers at first. So Mother did.

“It would be my greatest delight even to minister to the abandoned lepers.”

Their first assignment was at the hospital on Honolulu where the early cases of leprosy were seen. Mother Marianne was planning to stay among them only a few months then return to Syracuse.

She stayed for the rest of her life.

In a short time, the sisters had the filth and neglect of the hospital turned around. Then a new summons came. The festering prison of Molokai. Her answer was a hearty, “Yes!”

The government’s answer was, “No.”

That peasant and fool of a priest, he was one thing. But send ladies into that hell hole? The government wouldn’t have it.

Five years later, the opposition finally gave in. Mother Marianne, Sister Leopoldina Burns, and Sister Vincentia McCormick went to work. There was nothing to fear, Mother told the others. They would not get leprosy. Neither would any sister of her community ever! She spoke as if she had God’s personal assurance.

Nevertheless, she didn’t take any chances. Father Damien had been hands-on. So was Mother but she wasn’t reckless. She brought modern ideas about cleanliness. To this day, there are Franciscans on Molokai, caring for the few patients left. No one has ever contracted leprosy.

Mother Marianne also brought a woman’s touch to the colony.

There were lessons, games, and music. There were picnics among the trees and flowers that the sisters cultivated. The sisters brought a sweetness to life in the face of certain death. They even sewed dresses for the girls in the latest fashion.

During her life, Mother Marianne was decorated by King Kalakaua and honored in this poem by visitor, Robert Louis Stevenson:

To see the infinite pity of this place, The mangled limb, the devastated face, The innocent sufferer smiling at the rod — A fool were tempted to deny his God. He sees, he shrinks. But if he gaze again, Lo, beauty springing from the breast of pain! He marks the sisters on the mournful shores; And even a fool is silent and adores.

In 1918, Mother Marianne died. While the Belgian government had reinterred the body of Father Damien in his native land, much to the grief of the islanders, Mother Marianne wished to be laid to rest among them. As part of the process of her beatification in 2005, her remains were moved to the mother house of her community in Syracuse. In 2012, after she was canonized by Pope Benedict XVI, her remains were moved to Honolulu. Her feast day is January 23.

Fun fact: The street Mother Marianne Cope grew up on in Utica, New York was renamed St. Marianne Way. It is just a few miles from where I grew up and I happened to be there the weekend they dedicated it. That is her parish church St. Joseph/St. Patrick in the background.

This post was originally published in 2004, in Franciscan Way Magazine published by Franciscan University of Steubenville. 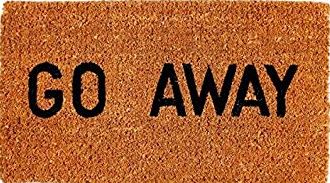