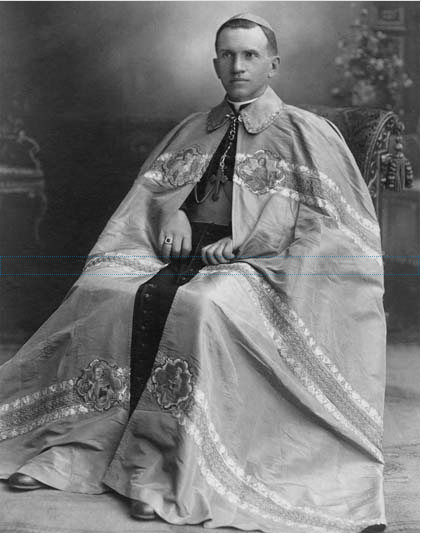 When you read about the Eastern Rite saints who lived under Roman persecution, you might wonder if they were really as heroic as their biographers say they were. It was so long ago. Maybe people are exaggerating. Then you look at their spiritual heirs and think: Yup. They’re for real.

The Soviet dictators of the 20th century, outdid the Caesars in both brutality and scope, killing about 20 million of their own citizens. Among those were many faithful, led by priests and bishops who refused to join the state controlled Orthodox Church.

Eastern Catholicism went “underground.” Catholic seminarians studied for the priesthood; bishops ordained priests; and priests performed clandestine liturgies. They were persecuted just like their ancient fathers in faith and some endured imprisonment and even death.

One such was the Ukrainian Catholic martyr Blessed Nykyta Budka. His name means “victory.”

Blessed Nykyta was born in Galicia, which at the time was part of the Austrian-Hungarian Empire. In his early years he was a teacher, a tutor to a prince, a military officer, a student of law, a doctor of theology, and a minister to immigrants and migrant workers. You could say he was the parable of the 10 talents personified (Matthew 25:14-30) . Or was it 20? And he dedicated all of them to building up the Church. Come what may, he was the type who would die with his boots on.

Blessed Nykyta is one star in a whole constellation of 20th century Ukrainian Catholic witnesses.

Warning: hard names up ahead.

Just to name a few, Budka was ordained in 1905 by Venerable Andriy Sheptytsky. Venerable Sheptytsky was the metropolitan archbishop who would later give Servant of God, Walter Ciszek, from Pennsylvania, his orders to serve the underground Church in the Soviet Union. (Ciszek, though not ethnically Ukrainian, became bi-ritual.) The cause of Venerable Andriy’s successor, Cardinal Josyf Slipyi, has also been introduced for canonization. These represent countless unnamed heroes both lay and religious who gave their all for Christ under Communist persecution.

Like many of them, Blessed Nykyta would endure a white martyrdom. But first he would spend decades working tirelessly in the mission field.

After a mere seven years into his priesthood, Father Nykyta was consecrated a bishop. At the age of just 35, he was sent on a mission impossible – to minister to the burgeoning Ukrainian population in the wilds of Canada. These 150,000 farmers were just a few decades removed from serfdom and eager to make a bright new start taming the windswept prairies of Canada.

Bishop Budka was to be Canada’s first Ukrainian Catholic bishop.

It would take a superhero.

Bishop Budka had no auxiliary to help him. Nor was that his only burden. His people lived among Protestants, Russian and Ukrainian Orthodox Christians, and secular Ukrainian nationalists. These latter often wielded their 12 newspapers against him. Also, Bishop Budka’s resources were so scant he depended on help from the Latin Catholic Church.

There were many more wins and losses. Through them all, he persevered.

While he was at it, he ruined his health.

After 15 years of intense labor, he went to Rome to report on the condition of the Ukrainian Church in Canada. His shattered health was evident and he was ordered to resign.

He returned to Galicia, which due to Austria’s defeat in World War I was then part of Poland. There he worked tirelessly for another couple of decades, some of which he spent as Venerable Sheptytsky’s vicar.

Who knew that Poland would soon be invaded by both the Nazis and the Soviets?

The Soviets ultimately won control of Poland and began persecuting the Church. In 1945, Stalin attempted to liquidate the Ukrainian Catholic Church by mandating its separation from the Church of Rome. Bishop Budka refused and received a sentence of eight years hard labor in the gulag. The Canadian government and the Vatican attempted to free the old man. However, the attempt failed.

Bishop Budka, already worn out from the long hard years, lived to serve only half of his sentence. He would minister to his fellow prisoners until the end, dying with his boots on — even if not literally. He died in a prison hospital, the official cause of death reported as a heart attack.

As his ancient holy forefathers did, he who possessed so many gifts held nothing back.

In 2001, St. John Paul II beatified him as a martyr along with 26 other Ukrainian victims of the Soviet regime. His feast day is Oct. 1st.

This article originally appeared in Catholic Digest in 2019 as part of a series on Eastern Rite saints. Read about Ukrainian Catholic Martyr St. Josaphat here. 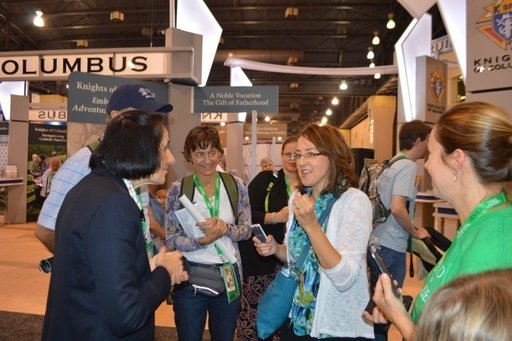 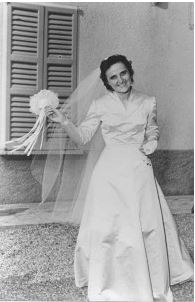