Our children do not speak German. That is the single biggest regret of my homeschool career. Find out what went wrong on today’s episode of Homeschool Impossible.

You are probably thinking that I should count myself lucky that my single biggest regret is not something worse. Nobody is stupid; nobody is rebelling; nobody has lost the Faith. But all I can think of is: nobody can speak German!

You may be wondering, why the fixation with German? German is not exactly foundational like Latin or Greek. It’s not exactly in style either, like Spanish, Chinese, or Arabic. Not to mention that most Germans have been speaking English fluently since they were zo klein. Oh, a few claim to speak only, “a leetle beet” of English. They live their lives in hopes that one day some dumb American will wander into their city and ask for directions so they can practice. “You continue down the Street until you come to the Bank on the left. From there you go west until you stop at the Terminal. There you may go in and pay a Bus Token.”

If my children could speak German “a leetle beet” like that I’d never komplain again. But I do complain and that is because my husband speaks German. Perfectly.

He speaks Russian too. Back during the Cold War when there was a USSR and an East Germany and these languages were in style, the CIA courted him as a spy. Or at least they tried to hire him as the guy who drops the spy’s pay into its clandestine telephone booth and is occasionally followed and takes a bullet for the team.

For some reason, he didn’t want the job. Instead he got a Fulbright, went to graduate school, and traveled. That is how we met. My sister and I showed up at his school to visit our brother, also a student, and Greg gallantly took us to lunch that very day. Since I had no German, he explained the menu to me. In minute detail. Every breaded schnitzel and pickled vegetable. That’s when I knew I’d marry him, if only to have kids who could recite a menu like that.

After we got married we lived in Austria for a year while Greg finished his Masters. Being on my own a lot, which is what happens when you get married, I managed to learn “a leetle beet” of German myself. I could order meat in German. I could ride the bus in German. Once I even gave birth in German.

After our child, Tabula Rasa, was born we had dreams of teaching her German too.

It would be so simple. We would talk to her in nothing but German and she would repeat after us. Someday she would grow up and conquer zee Vorld!

It went fantastisch at first. One of her first words was Auto – properly pronounced Ow-toe like you just stubbed your toe, and capitalized of course, as all nouns are. Meanwhile, Greg was teaching German at a university and I was eager to get into homeschooling. (I know, right?)

During the next few years while Greg was off working, it was I who taught our children little songs. We played games which taught numbers and colors. I created little vocabulary flash cards, the chief character of which was der Hund, a cute yellow dog. It was a fine start.

But that was all it was. There are only so many years you can teach Intro to German. Then it is time to call on the resident professional.

Greg was willing to help teach the kids. In fact, he was enthusiastic.

My husband always wanted to be in the thick of homeschooling. It was what we always planned.

Most homeschoolers can relate. “When the time comes, you handle higher math, honey, I can’t even balance the checkbook.” So many homeschoolers will likewise tell you that it’s easier said than scheduled. While my full time work was at home with the kids, my husband’s work was somewhere else. His hours there were long and irregular. He would obligingly perform some random act of German whenever I reminded him – once in a while at the dinner table, or between 7:45 and 8 pm on a Wednesday in October, or perhaps the following April between 7:05 and 7:12.

“How about this?” I proposed. “We invite other homeschoolers to come at an appointed time each week and you have to show up!” He agreed.

I put an ad in our homeschool newsletter: Free German Lessons by an Overqualified Professional!

Two families responded which meant about thirty kids. The first few lessons went right on schedule but once the grammar began the new kids started dropping like Fliegen Buggen. Soon the only kids left around the table were the ones we started with. That was the end of my beautiful schedule. But at least our kids could throw a ball and count. I’d seen to that. Nobody could take that away from them.

When they reached high school, I realized that it was jetzt oder nie – now or never. I put it to my husband, “I can either spend four hundred dollars on a language program or you can teach them.” He said he’d rather work for the CIA. No, just kidding. He said yes! He had moved the office home now so it would be easier to commit. Finally my dream was coming true.

I imagined him pulling into the dining room as punctually as a German train, while the kids sat around the table, ready and waiting.

Then I woke up. You know how those dreams go where the impossible seems real? You are about to achieve lift off and soar over the house like a bird, or gallop over a mountain pass like a winged steed, or swan dive into a chocolate milkshake pool – then somebody yells, “Hurry up I’m late for work!”

That was our German class. “Where is your homework?” “What happened to your notebook?” And “Why don’t you children come prepared?” If only he could have taught those questions in German along with, “What is your name?” “Where is the bathroom? And “Do you like to play tennis?” I would have been happy. But instead, the time lost while the kids scrambled inspired a weekly lecture series on The Four Last Things (death, judgement, heaven, and hell).

My husband tried to help with homeschooling but he just wasn’t a good fit.

Yes, I said it. A university professor was not a good fit just like my rocket scientist dad was a terrible seventh grade math tutor. Being awesome in your field is not enough. Being supportive of your kids’ education is not enough.

To be good at homeschooling, or at least to not let it lick you, you have to be good at the failures that are part of the everyday – the drawer full of broken pencils, the quarrel over the last working pen, the notebook that fell in with the odd socks and was swallowed whole.

That’s what you are up against and no matter what else you have to get done that day, you can’t just walk away until later. Later will come and go and before you know it, your kids will be grown up and will not know German!

By the way, homeschooling moms are no more patient, no more equipped to deal with the everyday frustrations than our occasional homeschooling husbands. At first.

Over time we learn to adapt. We learn to manage expectations. We learn to roll with things or at least to roll over them to keep on going. Our occasional tutoring spouses probably do not have this advantage.

So whatever it is that your husband may have pledged to handle, be it math, science or medieval metaphysics, you need to know for your own peace of mind that he is not an extension of you. A devoted dad, your soulmate, and your biggest homeschooling cheerleader he may be, but you can’t expect to set him on a homeschooling task while you go off and catch up on the laundry. Or, if you are one of the lucky women who can, you need to know that the vast majority of us can’t. And we don’t like you.

Only kidding. And can your husband teach my kid math?

As we close this episode of Homeschool Impossible, I am grateful that my husband has always supported us. I never could have homeschooled if I hadn’t had Greg’s wholehearted encouragement all these years. Meanwhile, the life lessons he has given our grown girls have proven invaluable.

I just wish he could have delivered them in German. 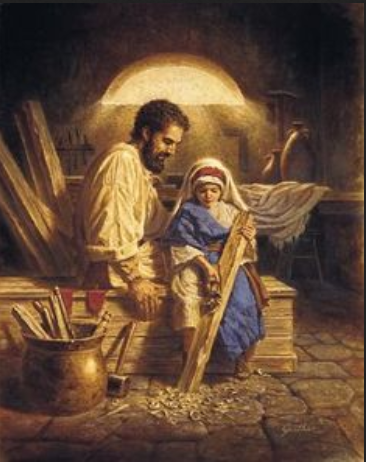 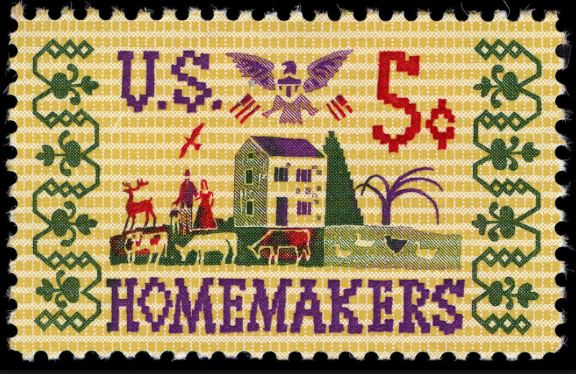 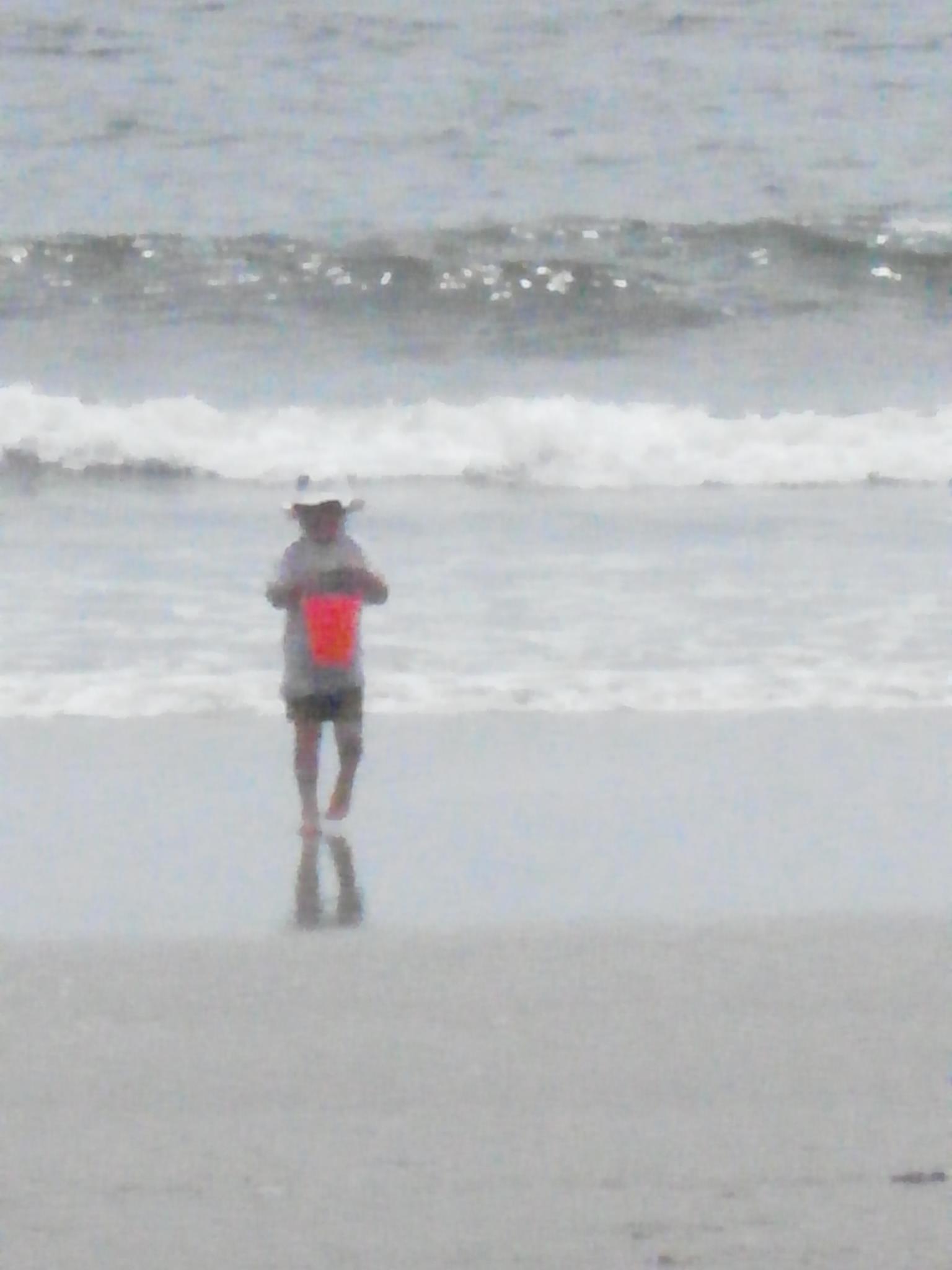