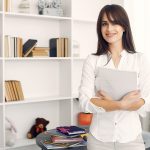 Cries of “Feminist!” greeted a recent compilation of articles under the heading, Homeschool Moms Discuss Raising Strong Daughters. Not your usual reaction to the phrase “homeschool moms” so I suppose the “strong daughters” were to blame. Anyway, it was a title guaranteed to interest me – a homeschool mom of six daughters. It didn’t hurt that I know many of the… Read more → 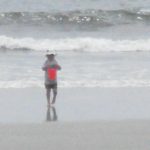 Why We Take Summers off

We take our homeschool summers off. We’re not like those homeschoolers who go at it all summer with a two-week break to sleep it off. We get off at the beginning of June. This year, we legged it for a peaceful lakeside cottage in New Hampshire, where we hung out with family, goofed off all day, went to bed late… Read more → 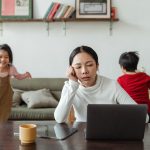 Are you stuck in homeschooling? Do you feel as if you’re running in place? Gasping for breath, feeling the burn but going no where? Time seems to loop like the movie Ground Hog Day; every day is like the one before. The only sign of growth is the mold on your shower curtain. Everyone is sick of book work. Every… Read more → 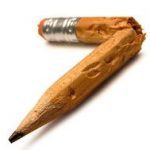 by Susie Lloyd on February 8, 2019 in Homeschool Articles • 0 Comments

To be good at homeschooling, or at least to not let it lick you, you have to be good at the failures that are part of the everyday – the drawer full of broken pencils, the quarrel over the last working pen, the notebook that fell in with the odd socks and was swallowed whole. Read more → 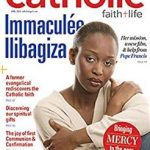 When Immaculée Ilibagiza first published her memoir Left to Tell, it was with the modest hope of sharing the book with friends. Her agent, however, told her to quit her job. The book tells in harrowing detail about the 1994 genocide in Rwanda, Africa, in which ordinary people took to the streets to wipe out 800,000 of their own friends… Read more → 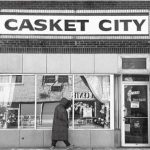 by Susie Lloyd on February 3, 2019 in Homeschool Articles • 0 Comments

What did Melville write again, “The damp, drizzly November in my soul whenever I find myself pausing involuntarily before coffin warehouses?” That is exactly how winter homeschool burnout feels – only forget November. November is National Decorating Season in America. Having died before reaching the age of one hundred seventy-two, Melville never knew. I feel certain that if faced with… Read more → 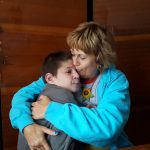 by Susie Lloyd on February 2, 2019 in Catholic Life, Homeschool Articles

Religion that is pure and undefiled before God and the Father is this: to care for orphans and widows in their affliction. (James 1:27)  Nazar sits in a crib in a bare room, smiling and laughing. Staffers gather around in amazement. They’ve never seen the young teen laugh before, though he has been in this orphanage in western Ukraine since… Read more → 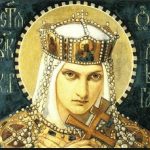 July’s saint may have a funny name but let me tell you, Saint Olha (890 – 969) was no joke. Just ask the Drevlians. They murdered her husband so she murdered them — 5,000 of them. Mafia style. That was before her conversion to Christianity. Olha, whose feast day is July 11, was a Viking princess from Pskov (in the… Read more →

On Mass Cops and Noisy Babies at the Latin Mass

by Susie Lloyd on February 2, 2019 in Catholic Life, Homeschool Articles

“Was it your child we could hear all during Mass?” the lady demanded to know.  She took me by surprise. Who was this person? I’d never seen her before at the Latin Mass.  I blinked a few times to adjust to this rare greeting. Then it became clear: she was talking about two-year-old Joe. It had not been one of his… Read more → 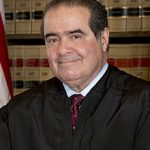 On February 13, 2016, Supreme Court Justice Antonin Scalia, a man of tremendous influence in the world, unexpectedly passed from it – into eternity. His son, Father Paul Scalia, a priest with the Diocese of Arlington (Virginia), celebrated his funeral Mass. Standing before Justice Scalia’s family, friends, and peers in the Basilica of the National Shrine of the Immaculate Conception in… Read more →